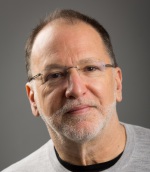 Paul Feldstein has over 45 years of experience in the publishing industry. Prior to founding the Feldstein Agency with his wife Susan in 2007, he was Managing Director of Trafalgar Square, the leading U.S. distributor of U.K. publishers, until the company was sold in 2006. In addition to running the distribution company, he started and ran Trafalgar’s own very successful illustrated publishing imprint. He began his 20 years at Trafalgar as Sales & Marketing Director, a role he retained as Managing Director. During his tenure, sales increased tenfold, distribution clients grew from ten to fifty, and Trafalgar’s reputation on both sides of the Atlantic was second to none. Paul began his publishing career in 1978 at Marboro Books in New York as a bookseller, moving on to Director of Operations & Finance at Abbeville Press. In 1986, he relocated to Vermont to join Trafalgar Square. He has a degree in English and American literature from SUNY Purchase. He moved to Northern Ireland with his wife Susan in 2007. Paul has extensive contacts and experience on both sides of the Atlantic, and his reputation for responsiveness, efficiency, professionalism and results is unparalleled. 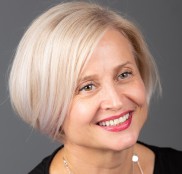 Susan Feldstein (née Dalzell) has worked in book publishing for over 25 years. Her varied experience in the industry covers publicity, sales, rights, editorial and commissioning. She has lived and worked in France, Germany, England and the U.S., as well as her native Northern Ireland. Susan has an MA in French and German from St. Andrew's University and a postgraduate diploma in Printing and Publishing Studies from the London College of Printing.

Throughout her publishing career, Susan has particularly enjoyed being involved in the setting up and implementation of new ventures and initiatives. Before founding The Feldstein Agency with her husband Paul, she was most recently Commissioning Editor for Northern Ireland (2003-2006) for Dublin publishers Gill & Macmillan. Susan's brief there was to establish a new non-fiction list by local authors. The list achieved projected income targets by year two, exceeded these in the third year of operation, and indeed, continues to thrive for Gill and Macmillan to this day.

Prior to this, Susan worked for Belfast publisher Blackstaff Press (1996-2002), where she set up a rights department which contributed significantly to the company's revenue from a zero base after the first two years. In 1999, she was promoted to Commissioning Editor at Blackstaff, and remained there for the next three years, collaborating with authors such as Michael Longley, Sean MacMahon, David McKittrick, Bernard MacLaverty and Jonathan Bardon.

Susan's early experience in publishing included working in the rights department at A. and C. Black in London and in sales and promotions for Longman France in Paris. Prior to this, she spent several years in bookselling, managing the children's department of an English language bookshop in Paris.